Role on Economics to Reduce the Consumption of Goods and Service

Issues related to over consumption of antibiotics

Impact of over consumption of antibiotics

Fatal Diarrhea: Antibiotic causes many problem to the children. There are many antibiotic that are suggested when a child suffers from common cold. It helps to eliminate such disease but cause side effects to the body of the patient (Schoorman, Mayer and Davis, 2016).

As per the study of Centers for Disease control and prevention, Antibiotic increases direct healthcare cost and also increases cost due to mislaid productivity. When an individual consume antibiotic then it causes many diseases in the body that increases the cost burden.

Excessive use of the antibiotic finally resulted into the death. It causes many diseases in the body. It also affects the important organs of the body and it hinders them to perform well and after the time result in death.

Sources of antibiotics are as follows

Economic theory to the over consumption

Following are the economic theory that explain the over consumption of antibiotics as:

As per the income theory, it is considered that the antibiotics that are used in medicines are more effective to treat the disease. It is required to adopt to provide the best treatment that is beneficially for the patient. It is cost effective and consumer can easily use this. Income theory says that the production must be made as per the income of the consumer so that they can consume it. It is important to produce the medicine that can be easily afforded by the consumer. 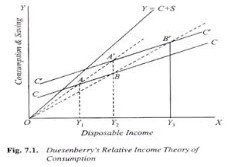 It is also required because the medicines that are available for the treatment are very costly and it can not afforded by the consumer. Antibiotics make the medicine more effective and it helps to treat the patient as soon as possible (Kalaitzidakis, Mamuneas and Stengos, 2011). It is not much costly. This theory says that the production must be according to the capacity of the consumer so that they can afford it. 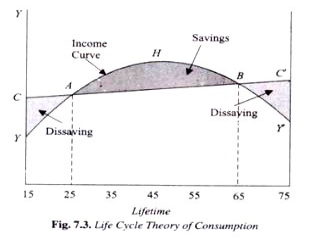 In the life time, consumer consumes that goods and services less than the income and finally earns more positive savings. The saving is invested by the consumer in number of things as assets, social standards. When someone face the issue related to the disease then firstly consider the expenditure that will be incurred in the treatment. If the expenditure is beyond the capacity then such person do not want to go for the treatment (Hoepner and et. al., 2012). Antibiotics that are used in the medicines provides help to the patient because these are more effective and less costly. On the other hand it creates many disease in the body but for a time it reduce the effects of the such diseases.

Policies to reduce the consumption of antibiotics

There arr many things that can be used in place of the antibiotics and it is very helpful to reduces the effects of antibiotics (Fortin, Lemieux and Firpo, 2011). Antibiotics causes many diseases to the body and it kills the important bacteria that are present in the body. It is very important to adopt the alternative way to reduce the consumption of antibiotics.

Use the natural alternatives

It is very important way that can be used to avoid the excessive use of antibiotics. It is required to use the natural sources for the treatment so that they can not affects the body adversely (Becker, 2010). There are many natural herbs available that can be used in treatment and these herbs effectively treat the disease and eliminate the chances for the future time. Like:

It is the good treatment that can be used in may disease. This treatment is not much effective instantly but when patient take the treatment for long time then it eliminate the disease permanently. It is not much costly and every one can easily afford it. In this treatment, natural things are used to treat the disease.

As per the above study it can be concluded that the excessive use of antibiotics are hazardous to the body. It is required to adopt the alternative ways to treat the disease so that it can not ham to the body. There are many alternative that can be used to eliminate the disease from the body as use of natural things, homeopathic treatment etc. these are the beneficial treatment and cost effective. Excessive use of antibiotics not only affects the human but also to the animals. There are many sources of antibiotics as medicines and agriculture. It is required to eliminate such factors so that it can not cause harm to the body.