15+ Words You Have Been Using Wrong in English Assignment

70% of the students will fail to identify the mistakes. And, by the way, there are 2 mistakes in the complete text (Jump to the final section of the blog to see the answer). In a similar way, there are times when students use words in the English assignment, which they thinks are correct, but in actual, they are the real culprits behind the poor marks. The English assignment help experts of Assignment Prime believe that one of the major reasons due to which students lose their valuable marks is due to the usage of incorrect words. 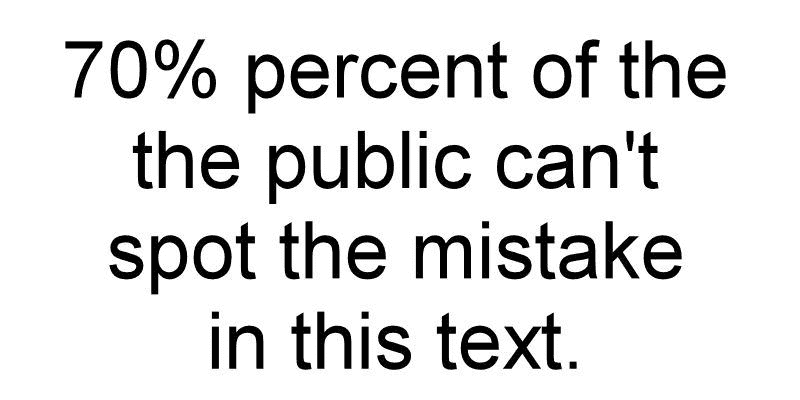 Are you the one who drafts a good quality assignment and still ends up getting poor grades? If yes, then this blog will help you big times. The write-up contains 15+ commonly used wrong words along with their actual meaning. So, the next time you write your academic paper, make sure to use correct words to achieve top grades. Ready to burst your myth? Let's begin!

Students generally use them interchangeably and fall prey to mistakes. To clear the confusion, here is a sentence that will clarify the meaning of both the words:

Usage: Mr. John advised him not to give him advice about business.
Here, ‘advise’ is acting as a verb, and ‘advice’ is a noun.

Usage: The cyclone affected the citizens of the country. The effects of the cyclone were harsh.

Award: It means a prize.
Reward: It is something which is given for the hard work or achievements.

Usage: Mr. Mark got ‘Best Employee’ award. The managers rewarded him for his commitment towards work.

Usage: Between Peter, Alex, and Adam, one will become the captain of the team. The sub-captain will be made among the other team members.

Usage: A causal blazer complemented the look of Mr. Marsh. I complimented him for his appearance.

Usage: I made discreet analysis of the data to study the functioning of discrete bogy organs.

Usage: I go to gym every day wearing my everyday gym shoes.

Farther: It means physical distance.
Further: It is similar to addition provided there is no sense of time and distance.

Usage: Your office is farther from mine. Therefore, we will continue our talk further some other day.

Good: It is an adjective
Well: It is a verb

Usage: You will score good marks in the English assignment if you write it well.

Usage: The assignment writing service providers of Assignment Prime ensures that you will receive a good quality academic paper. Thus, insure yourself against poor grades.

Usage: The CEO was preceded by the officials to the conference room. As soon as he entered the room, the business meeting proceeded.

Usage: Mr. Jacob had a systemic infection in his body. The doctors took a systematic approach in curing the infection.

Stationery: Means the writing material, such as notebooks, pencil, etc.
Stationary: Means something which is fixed.

Usage: The pen is a stationery material which can be termed as stationary if it is not moving.

Here is an example shared by the English assignment help experts that will clear your doubt:

Usage: Mr. Ricky is the principal of our college and he is the man of principles.

Then: It is an adverb, and it indicates time.
Than: It is a conjunction which is used for the comparisons.

Usage: When I met them back then, Mathew looked younger than Brad.

Usage: The bird is in its nest as it’s hot outside.

Take a quick look at our quality
assignment samples written
by our expert writers.

This brings us to the end of the blog. Scrolling so far, you must have known some of the most common wrong words. So, the next time when you write an assignment in English, make sure to use them correctly. For more information, read the blog- 7 Grammatical Errors that Students Make Without Even Realizing. Moreover, if you still fail to impress your professor, then reach to our experts in no time. Assignment Prime has a team of highly-skilled and experienced English writers who are proficient at drafting impeccable assignments in English. Some of the features of our services are:

Therefore, ours is the ideal destination to get your English assignment done before the deadline. So, what are you waiting for? Reach to us to get an A+ in your academic paper.
And yes, here are the mistakes in the image: