Sustainable tourism is considered as a concept of visiting a place as a tourist to make positive impact on environment as well as on the economy (Barth, 2008). By considering the above element, present report has been prepared on a tourist destination to Nepal because the number of tourists in the mentioned country is increasing significantly from last half of the decade. The present report emphasises on concept of sustainability in tourism development along with different stages of planning for sustainability.

For sustainable development, tourism is considered as the largest industry in Nepal as it helps in increasing country's foreign exchange and revenue. Further, the mentioned country is also a hotspot destination for mountaineers, rock climbers and also for those who seeks adventures. Nepal also constitutes eight out of ten topmost mountains in the world. Moreover, Buddhist as well as Hindu heritage, along with mild and cool weather, attracts tourists towards the destination.

Tourist destination in Nepal is visualized as a way to decrease the poverty in the country and also to achieve the greater social equality. However, the drastic impact came in 2015 when the tourism was badly affected by the series of earthquakes (Knight, 2008). Further, from the statistics of 2012, it was found that there was a slow growth rate which stood at 9.8%. Nepal Tourism Board (NTB) states that for the year 2012, 5.98 lakhs tourist have visited to the country and for the next year NTB has declared Nepal Tourism Year where Board took an initiative to attract one million travellers from around the globe.

Sustainable tourism development guidelines and management practices are generally applicable to all types of tourists and destinations. For achieving sustainability, mentioned country requires active participation from the tourists in order to protect the nature and also the environment. Moreover, country must also emphasis on:

There exist different factors which can impact the sustainable tourism development for mentioned country. Some have been discussed below:

If there exists recession in the country then travellers will deny going to that place because they will not have anything to spend around and will lead towards decline in tourists for that country.

With the global economic crises whole over the world, tourists might not prefer to move around because they won't have much to spend and will be a burden for them if they move around by taking loan

If the earning of the individual is low then they might not prefer travelling which can result into low travellers for the particular country. With low tourists, revenue and growth of the nation will also impact.

Government body of Nepal plays an important role in order to enhance and protect the beauty of the country. With more travellers coming to the country, the natural beauty starts fading because people from different countries are not aware about the norms and regulations of other country. Further, in order to promote tourism development, some parties play crucial role and these are

It includes government authorities and all the different local bodies who are working at different levels within countries. Moreover, some parks and historical places are under the guidance of these local bodies only.

It involves agencies who have been given contract to protect the national heritage of the country (Acton, 2012). These are given on contract by public body only in order to promote harmony and cleanliness within country.

Different stakeholders have different interest in the country's development and their suggestion immensely helps the Nepal Tourism Board to take some effective measures in order to attract more of the travellers. Some stakeholders for the country are:

Here, government stand as a base to promote the natural harmony of the country and they also take relative measures in order to protect the historical sculptures of the country. Further, their effective contribution also leads to the development of nation and also foster growth and revenue.

They are the lifeblood of the country and are the only reason behind the development and growth within the nation (Pizam and Oh, 2008). Traveller’s interest and suggestion plays a crucial role and by considering this, local body can take some relative measures to increase the beauty of Nepal.

2.2 Methods of solving conflicts of interest

Nepal is a beautiful nation which consists of different historical, religious sites, natural scenes and different social culture. However, a country face some major problems has and onw among them enable the reduction in number of travellers to visit Nepal. Country has inadequate or less infrastructural development which generally distracts the mind of travellers to visit such place. In order to meet this, local body have to take some crucial steps as well.

Further, mentioned country also have less means of entertainment and these sources are not been properly managed as well. Government body have to take some prior steps in order to promote the country's growth and revenue. Moreover, Nepal does not even have proper tourism centres as well and this is the only reason that travellers are unable to acquire adequate information to reach to the mentioned country (Santana, 2000). In order to meet this, government can focus on setting up the tourist centres.

Interactive planning system includes stakeholders in order to have their meaningful contribution in the nation’s growth and development. All the policies and major decisions for the country's development are taken by the government. These local bodies also ask for the necessary changes or needs from the travellers and business organizations. With their suggestions, local body tries to make sudden changes in order to foster growth within the country. With more of the amenities and facilities, more of the tourists will be attracted towards the Nepal and it will significantly increase the revenue for the country.

What country wants to do

It defines aims and missions of the country which can be either long or short term. Further, it also shows the national heritage of the country in order to attract more of the tourists.

What makes this country special

Hindu and Buddhist heritage in Nepal, the highest mountains and cool weather attracts travellers towards it (Ingram, 2002). With more arrival of tourists, there will increase the revenue and Gross Domestic Product (GDP)for the country along with the high goodwill.

Authorities which are responsible for the country's development have to implement different and unique ideas which will foster a developed nation image in the eyes of travellers. The above processes show that the country is following sustainable process in order to attract more of the travellers quite efficiently.

3.2 Implications of demand and supply 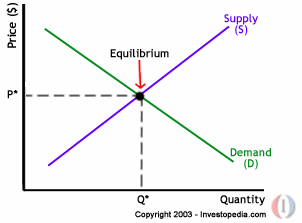 Increase in demand, decrease in supply: 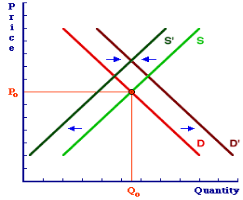 In this scenario, when demand of the travellers increases with respect to decrease in demand, then it will lead towards increase in prices of the products and services in the mentioned country. This is because; there might be shortage of some raw materials. 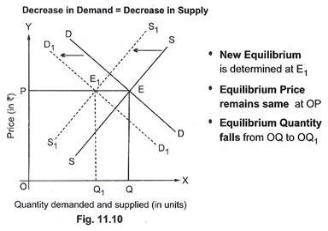 In this case, with less number of travellers in the country, supply will drastically decrease with the fall in demand for a particular product or service. Further, to attract visitors, local bodies have to come up with something new and innovative.

Enclave destination is considered as a place where tourists are attracted because activities are planned in small geographical area. This is generally done with an intentional motive so that tourists get satisfied with the enjoyment of different experiences at the single place (Pike, 2003). Further, the problem exists in the enclave tourism is that there is less interaction between the local residents and the tourists.

The local communities of Nepal do not get much more benefit because region has some restricted arena surrounded with different borders of various countries.
Several environmental issues come into play because of the dirty water and waste disposal.
Increase in prostitution, drugs, crime rates etc are growing significantly.

In order to develop future plan for Nepal, government has to focus on better transportation facilities so that travellers do not feel hectic and frustrated in order to reach from one destination to the another (Ingram, 2002). More number of hotels and resorts need to be constructed so that tourists feel satisfied. Further, construction of luxury class hotel will attract more of the travellers towards Nepal.

Mentioned country also experience different types of the climatic changes and this happens due to various pollution causing equipments. In order to protect the environment, such emissions need to be stopped and non- pollution equipments should be used.

From the above report, it is clearly identified that the mentioned country is focusing on increasing more number of visitors towards it in order to foster the economic growth and revenue within the country. Further, Nepal is making its foot towards the sustainable development and local bodies along with some private firms by making effective contribution to enhance new development and to protect the existing ones.

Download Full Sample
Cite This Work To export references to this Sample, select the desired referencing style below:
Assignment Prime.(2022) Retrieved from: https://www.assignmentprime.com/free-samples/travel-and-tourism/case-study-on-sustainable-tourism
Copy to Clipboard